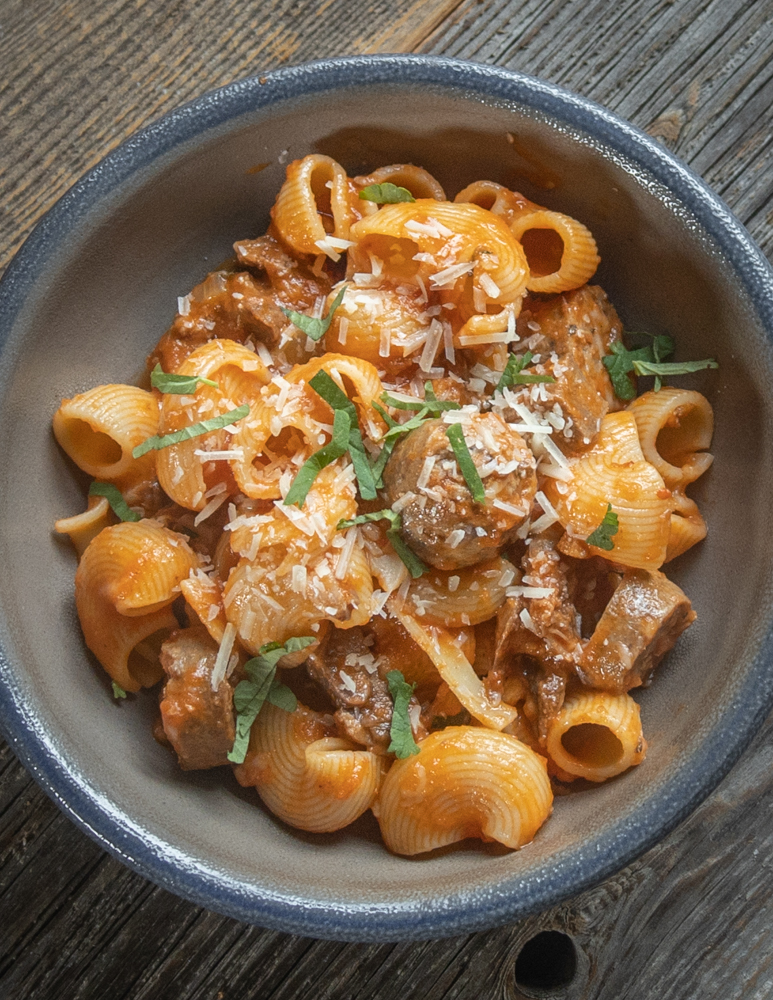 Do you like meat? And pasta? If so, you’ll love Sunday gravy, as it’s basically a meat lovers paradise.

An Italian American tradition, Sunday gravy, like it’s name implies, is typically made on Sundays and weekends, since most people have more time to let something simmer all day on the stove. I tasted my first version of it when I was a chef at The Chambers Hotel in Minneapolis working under Chef John Occhiato at D’amico Cucina, the Flagship Restaurant of the D’amico company, known around the Twin Cities for their string of fast-casual restaurants, as well as fine dining locations dotted throughout the cities.

There’s as many recipes for Sunday gravy as there are stars in the sky, but one thing that chef told me that I remembered was that it should always include multiple types of meat. At the restaurant, we made a version with whole chickens and sausages, along with pork shoulder leftover from the previous night’s service, but I think it’s totally fine to make one using all cuts from one animal, like I’ve done here with Shepherd Song’s lamb and goat.

I like to make sure that there’s some difference in texture and shape to the meats, and I like to make sure I use at least one cured meat, like sausage or meatballs. Think of the recipe as an invitation to experiment with a few of your favorite cuts, just try to keep in mind that you should be able to tell the different cuts apart when they’re eaten. For example, I wouldn’t use pulled pork shoulder and pulled chicken in the same Sunday gravy, but I might use pulled chicken and pork sausage. Here’s a few things I’d keep in mind, along with a different combinations of lamb and goat you might try.

You want a variety of textures, I like one roast or something with a bone that can be shredded or pulled, one cured meat, like a sausage, ham, salami or meatballs (or a combination) and one “wild card” which could be whatever you like or have on hand. For the wild card here, I used tongue, since it keeps it’s shape and is easily diced. 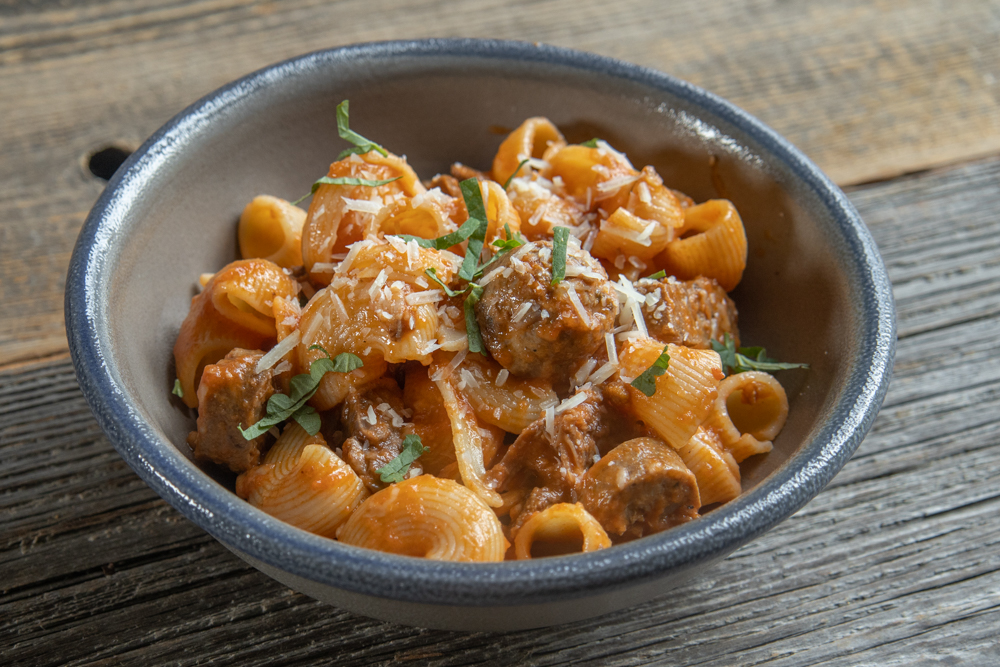 Chill and remove the fat