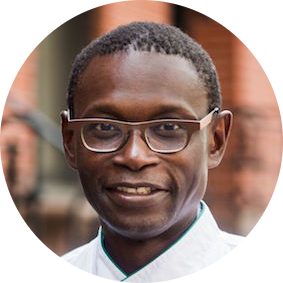 MORE RECIPES
FROM THIS CHEF

Pierre is a leading advocate for world hunger alleviation, responsible tourism as well as a spokesperson for the rich culinary history of Africa and its Diaspora. Pierre has been invited as a guest lecturer and guest chef across the globe to speak on these topics.

He is currently the Co-Founder of Yolélé Foods, a purpose-driven African food company launched in 2017 that specializes in African superfoods. Pierre is the author of SENEGAL: Modern Senegalese Recipes from the Source to the Bowl.