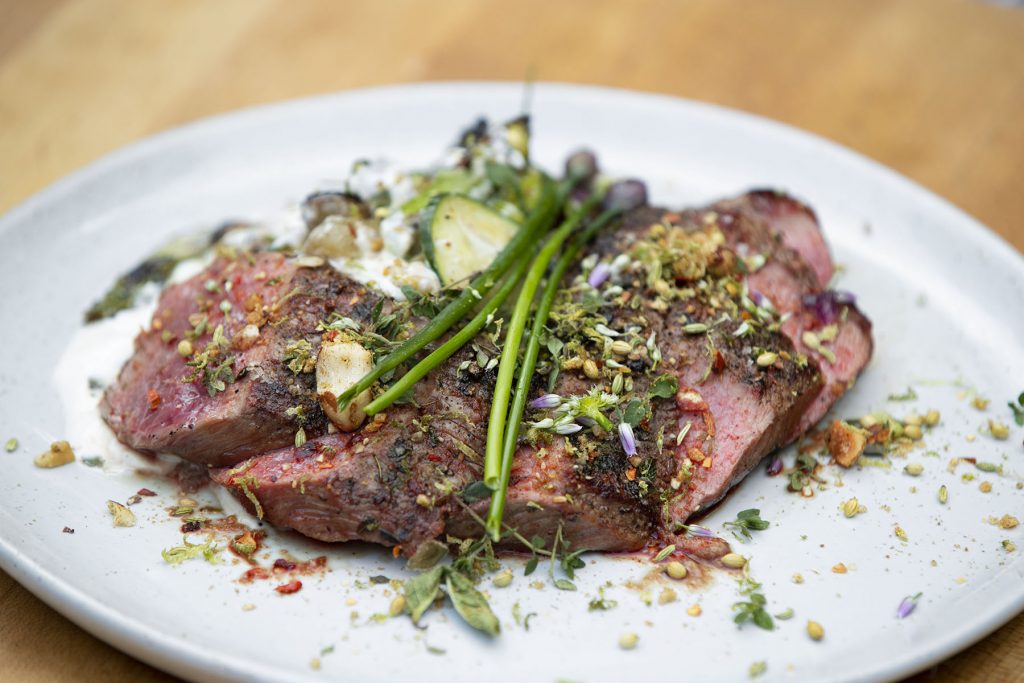 Here’s a recipe from Chef Ben Spangler for Lamb loins–a cut for a special occasion. If you like lamb rib chops, or a rack of lamb or goat, then you’ll love the loin, as it’s the same muscle, just without the bones. This means that they can be easier to cook for some people, but they’ll also cook faster as they’re not attached to any bones to insulate them as they cook.

Lamb loins can be simply grilled, sauteed, pan seared, or cooked any way you like, but Chef Ben Spangler has a special Middle-Eastern version with a lot of flavors to make an exciting meal. The base is our grass-fed lamb loins, pan roasted simply, and garnished with cucumbers, asparagus, pearl onions, and a complex dukkah spice made with nuts and aromatic seeds. 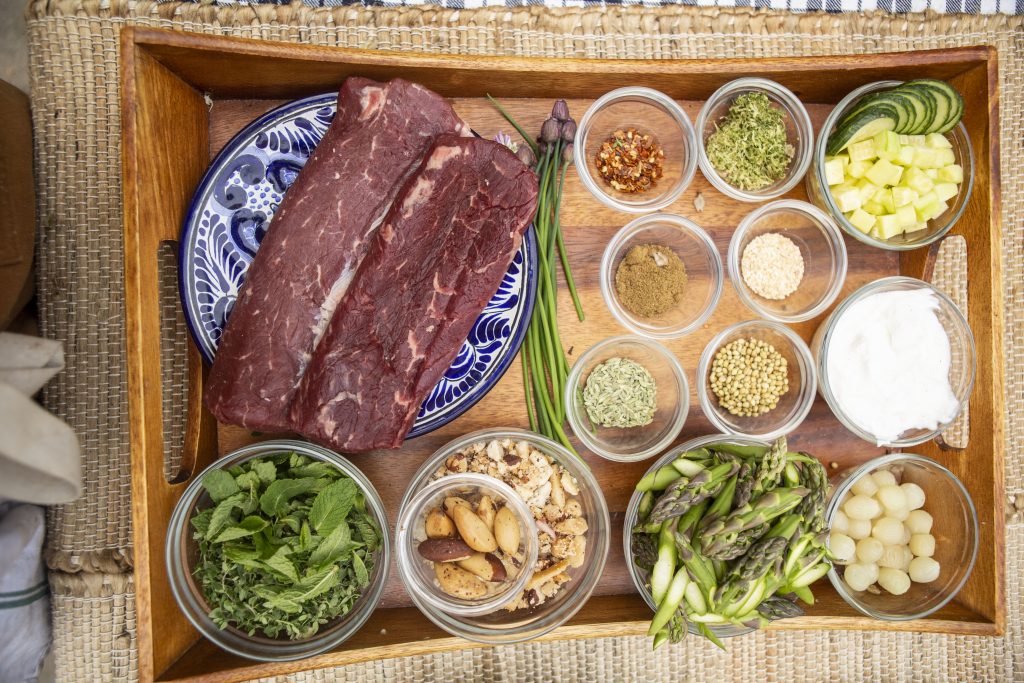 Dukkah may sound intimidating, and it does involve a number of ingredients, but most are readily available at your local supermarket. It’s an Egyptian spice traditionally served with pita bread, or mixed into yogurt as a dip. Our recipe here is just an idea, and you could mix and match different nuts and aromatic seeds to sprinkle on your dishes as you like. 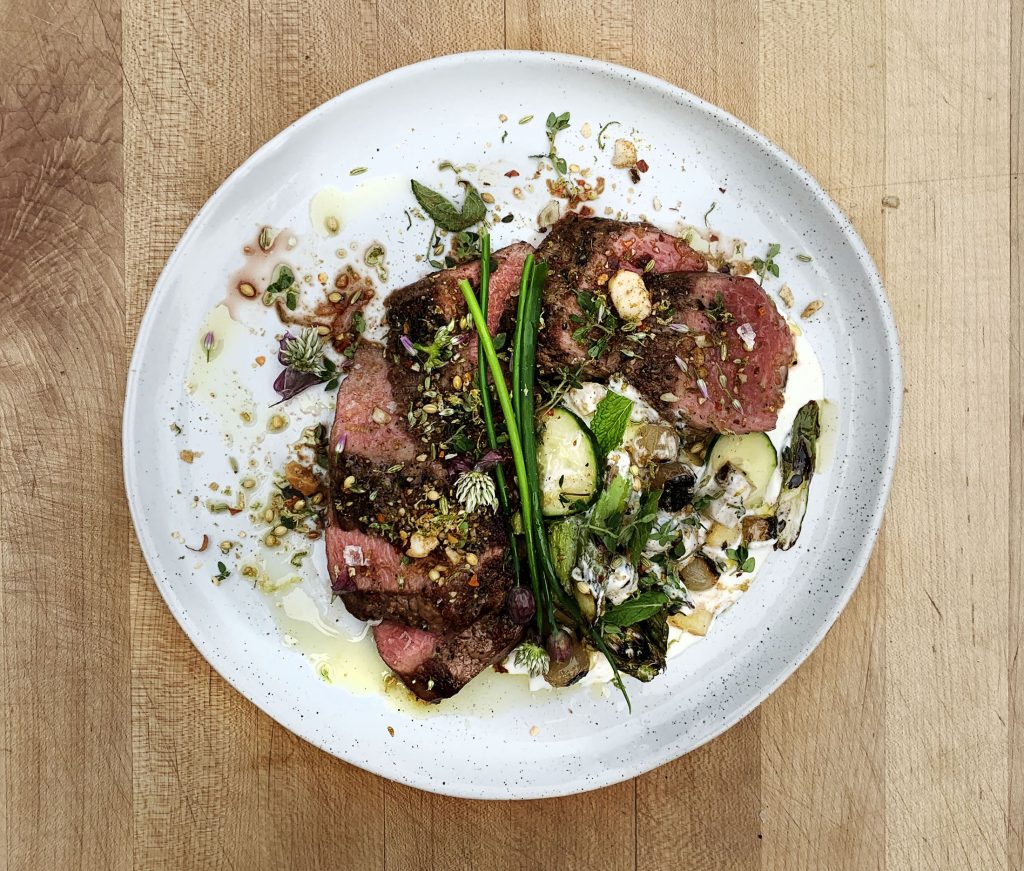 This recipe is by chef Ben Spangler. Hailing from Minnesota, Ben draws from his Midwestern roots to create dishes that are unpretentious and delicious. Ben has competed on national television for the Food Network and appeared on local Minneapolis food networks. He is currently working on a new ice cream concept in Minneapolis.

Yield: 1 loin will serve 2 people as an entree