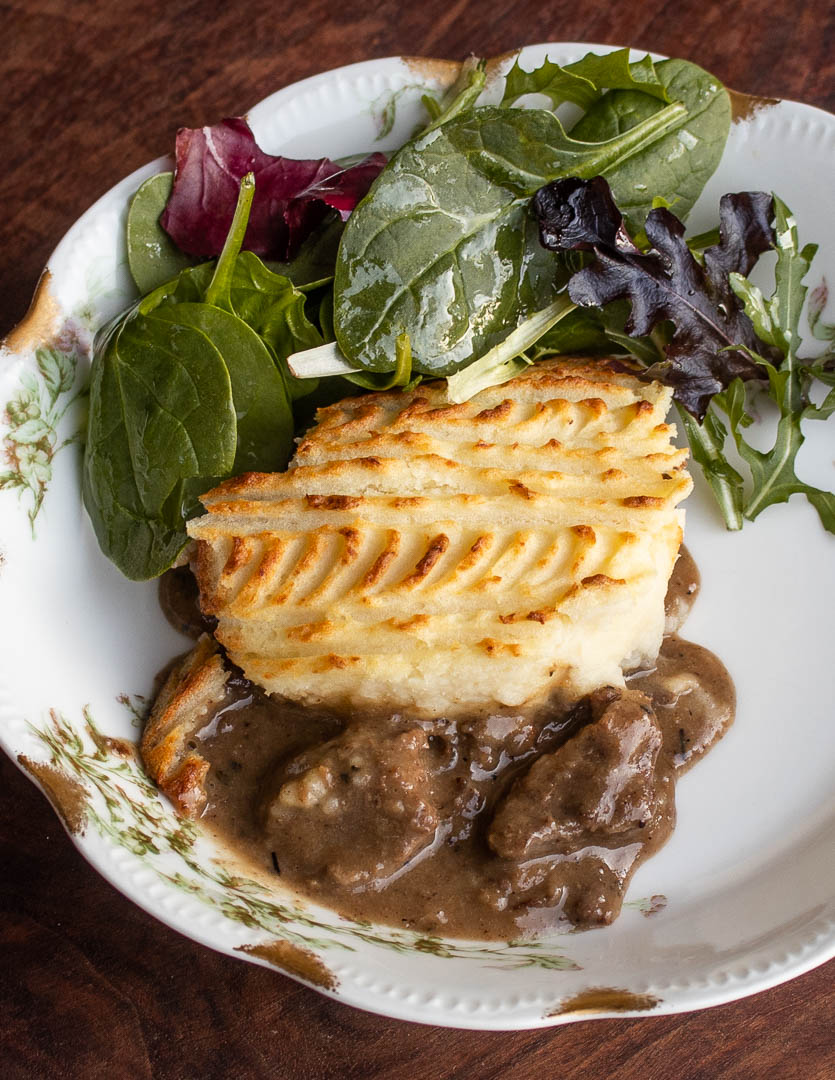 My girlfriends father and I usually butcher lamb together on the farm, and traditional lamb steak and kidney pie is one of his all-time favorite dishes, so I always make a point of making it for him afterward. This year, I was a little short on time, and I wanted to make a version that was gluten free for the family too, so I combined two classic lamb recipes into one: steak and kidney pie with shepherds pie. It was fantastic.

Traditional steak and kidney pie usually has a suet crust, but, making a crust takes time, has to be rolled out, and, if it’s kneaded too much, can be chewy. Mashed potatoes on the other hand, are cheap, quick to prepare, and, once you taste them baked on top of a rich, meaty stew like I’m presenting here: an indispensable addition to your repertoire.

This recipe is by Chef Alan Bergo. A chef from Minnesota, Alan is a culinary industry veteran, former executive chef of acclaimed Lucia’s Restaurant, and the Salt Cellar. Founder of the website Forager Chef, he’s best known as a respected authority on Midwestern foraging. Learn more about chef Alan and his hunt for mushrooms, wild and obscure foods at Forager Chef®.

Looking for lamb or goat kidneys online? Shepherd Song Farm: Grass to table. We raise lambs & goats traditionally, humanely and sustainably. 100% Grass Fed, Pasture Raised, Never Confined, no Hormones, Grains or Animal Byproducts. Born, raised and processed in the U.S.A. Good for you and good for the environment. 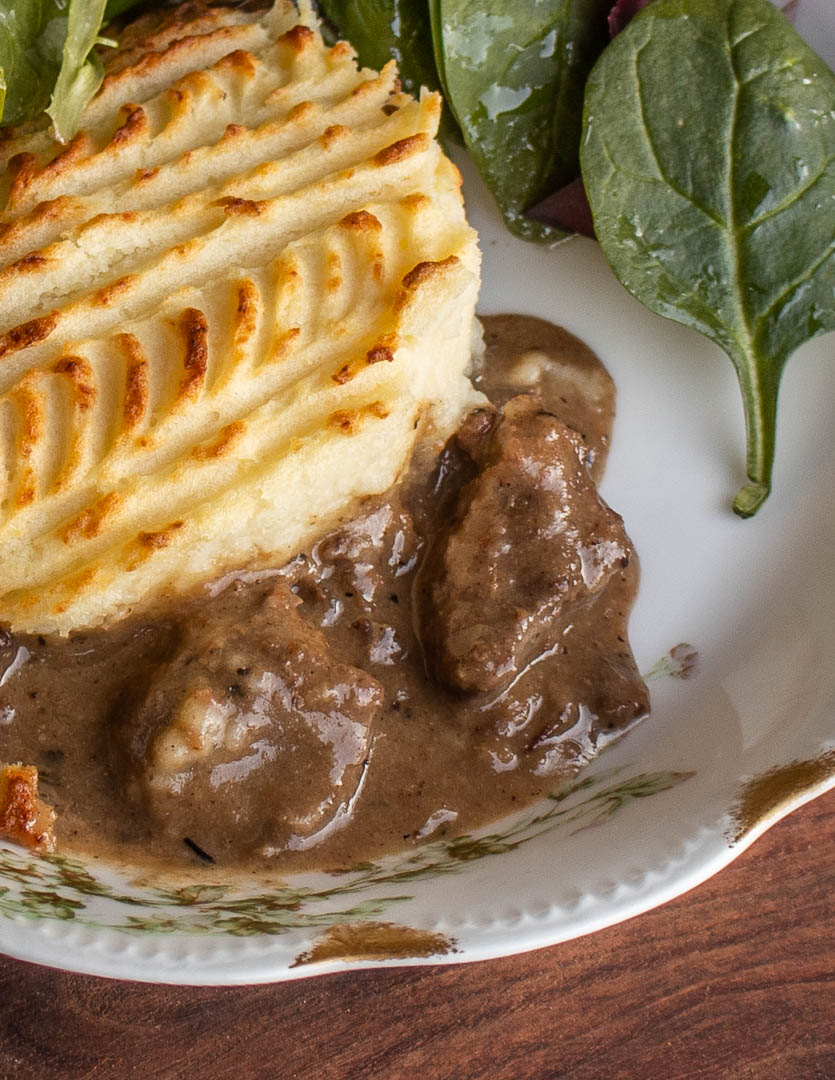 Building the meat base

*Browning the meat
Deeply-browned meat is key to a rich sauce here, and as it’s difficult to brown the meat in a cooking vessel it will bake in, I suggest using two large 12 inch skillets, or similar pans. If you don’t have two large pans, just brown the meat in batches, keep the bottom of your pan clean, deglazing and scraping up the browned bits you’ll save to add to the mix as it bakes. *Riced potatoes
For the potatoes, take 2 large baking potatoes, peel and dice them into 1 inch pieces, then cover with water and bring, bring to a simmer and cook until fork-tender. Drain the potatoes, pass through a potato ricer and cool for a few minutes before adding the egg and other ingredients