Here’s a vision of street food: mounds of slowly cooked, spiced meat piled with onions, lemony-tart sumac and toasted pine nuts, all sitting on top of taboon or flatbreads to use as utensils. Musahkan is a famous, traditional comfort food recipe from the Levant, Palestine, and around Israel.

Widely thought of as the National dish of Palestine, and typically made with chicken, our lamb musahkan developed by Chef Bergo calls for lamb or goat, and preferably a shoulder or neck cut with lots of marbling and intra-muscular fat, to ensure a juicy result. The end product is tender, tart, shredded meat, with plenty of juices to soak into flatbreads or warmed pita.

The magic is all in the preparation, and taking time (Bergo’s recipe calls for 3 days) for the sumac, and the ascorbic acid it contains, to marinade and flavor the meat. The other important component chef found as he tested recipes was a proper proportion of onions. At the Midwest Wild Harvest Fest, a recent 2019 event featuring Shepherd Song Farm Grass-Fed Lamb and Goat Meat, Chef Bergo prepared lamb musakhan for 200 people, requiring a total 120 lbs of onions, and 80 lbs of meat, and the nearly equal onion to meat ratio is the same if you’re cooking for 8 or 80 people.

Depending on how traditional you want to be, Chef also outlines a method for making simple flatbreads at home, although store-bought pita bread without pockets are a fine substitute. Baharat spice, commonly used in similar regional dishes, can be purchased online, at a local ethnic market, or, if you’re feeling adventurous, Chef has included a recipe for making your own. 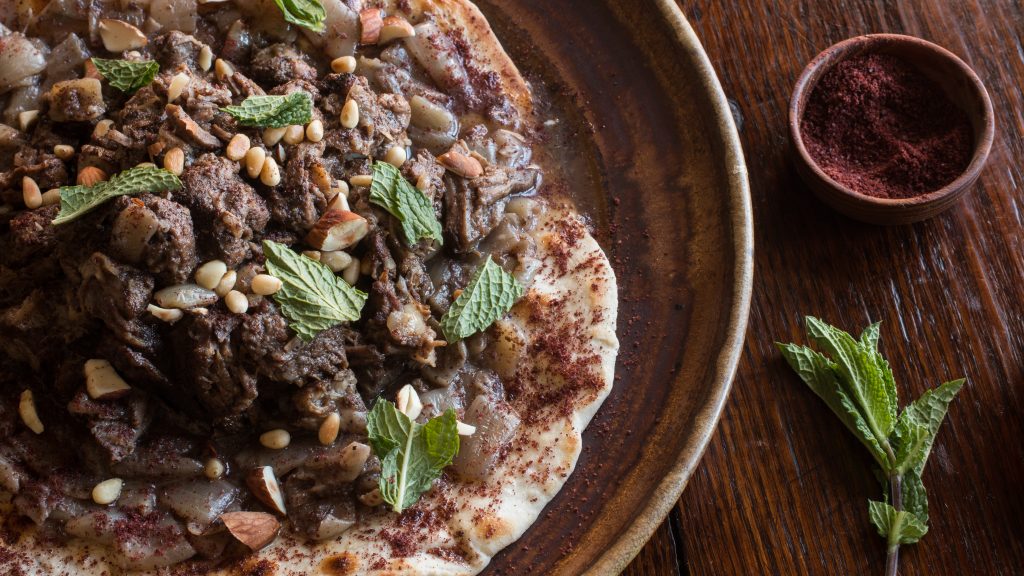 This recipe is by chef Alan Bergo. A chef from Minnesota, Alan is a veteran of the culinary industry, former executive chef of acclaimed Lucia’s Restaurant, and the Salt Cellar. He’s best known as a respected authority on Midwestern foraging. Learn more about Alan and his hunt for mushrooms, wild and obscure foods at his site Forager Chef. 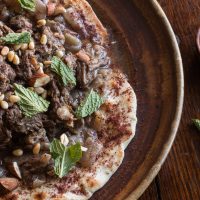 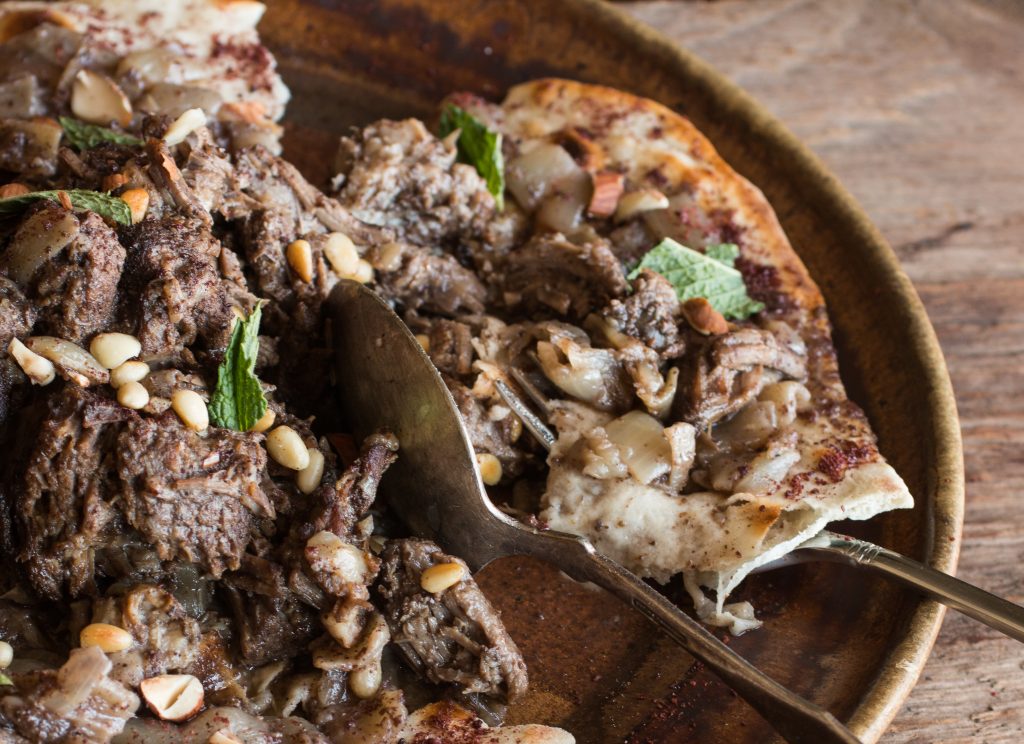