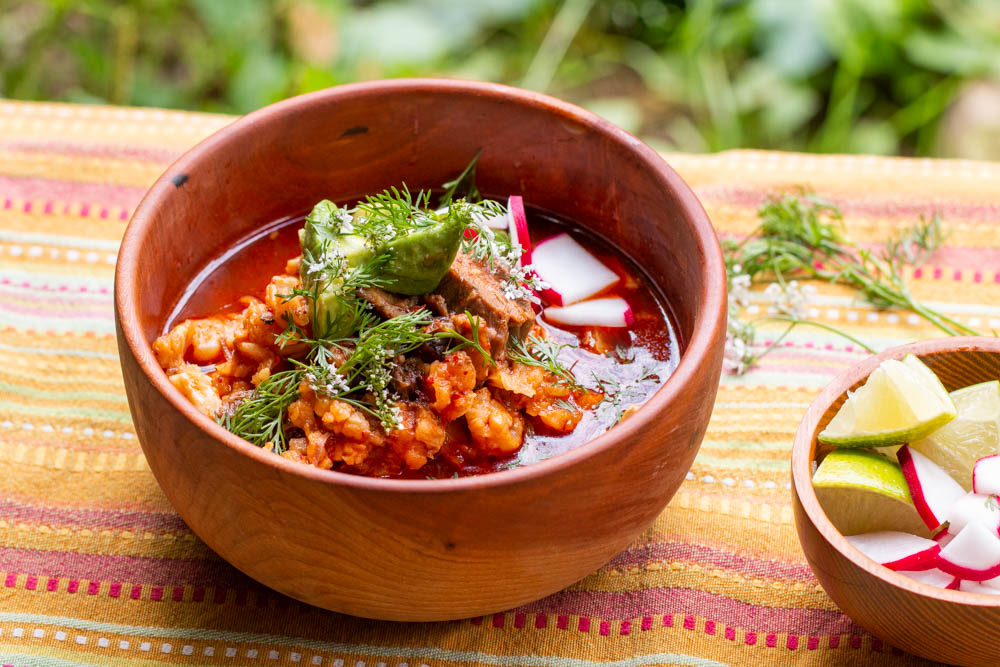 “Lamb and goat heads might as well have been created to make soup, and a rich, comforting bowl of Mexican posole with hominy, avocado, and meltingly tender pieces of lamb or goat meat is one of the best recipes I’ve made with them.”

“In my world, the best meat soups and broths are made not from only bones, or only meat, but a combination of the two—something I learned when I tried to use only cheap marrow bones for stock back in the day at my first restaurant The Salt Cellar. Typical bones, even roasted for hours on low heat will still give a pallid stock that’s rich with gelatin, but lacking the dark cast created by caramelized proteins found in muscle. Meat makes umami. A stock made from bones and meat is the best of both worlds, and lamb heads have that in spades, especially if you take the time to simmer them nice and slow overnight. Oh, and a lamb or sheep head, especially sawed in half, will fit just fine into a cheap pasta pot, whereas a pig head will need a much, much larger cooking vessel, as well as a larger surface to clean them on.

“Posole, the traditional Mexican soup based on hominy, chilis, and pork (usually a head) is a great thing you can make with a lamb or goat head, and, after you puree some guajillos chilis and vegetables into the broth and simmer it with dried hominy and herbs, no one is going to think for a second that they’re eating anything but a fine bowl of Mexican comfort food. Besides the rich, aromatic broth packed with natural gelatin, serving the dish is a lot of fun, and using an array of garnishes allows guests to compose their bowl however they’d like.” 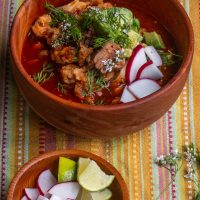 *Cooking in a crock pot, depending on the size, would be great too, and could require less liquid to cover the head as the shape of the cooking vessel is similar to the head. Meanwhile, toast the chilis in a cast iron skillet in the oven at 300 for 15 minutes, then cool, break open, and discard the seeds.