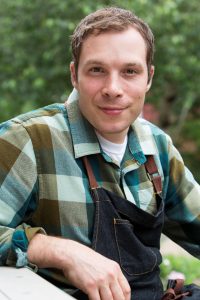 A chef secret, lamb and goat bacon can be made from the same cut as pork bacon. Lambs and goat are smaller than pigs, but in the case of bacon, it’s a benefit, especially if you’d like to try your hand at making bacon at home, as in this recipe. This is a tried and true blend of seasonings from Chef Alan Bergo that’s gauranteed to make delicious bacon from our grass fed lamb or goat belly, boneless short ribs or even fat caps, then frozen and used as needed throughout the year, or as long as it lasts.

To have the best flavor, bacon needs to cure and marinate for a few days with seasonings. With pork bacon, the marinading can take up to a week depending on the size, but as lamb and goats are smaller, the cure is very quick, and won’t take up too much space in your fridge, the pieces are reasonably-sized, and could fit into a plastic freezer bag. Just two days and a charcoal grill or a smoker  is all  you need to make bacon at home, bacon that is gauranteed to taste better than any you’ve purchased at the store.

Chef Bergo says that lamb and goat bacon is like a secret ingredient he brings out when he really wants to wow people, and it’s really true, with one exception: he prefers to cut the bacon into cubes or dice, as cutting into slices and cooking can be difficult at home without proper equipment, and as there is a small amount of connective tissue that can be slighlty chewy in long strips.

This recipe makes a small amount of bacon, but the separate recipe for the cure needs to be made in a slightly larger batch, this means that you’ll have enough cure to make at least a few batches of bacon, or a big batch, if you like. There’s a complete recipe video included. 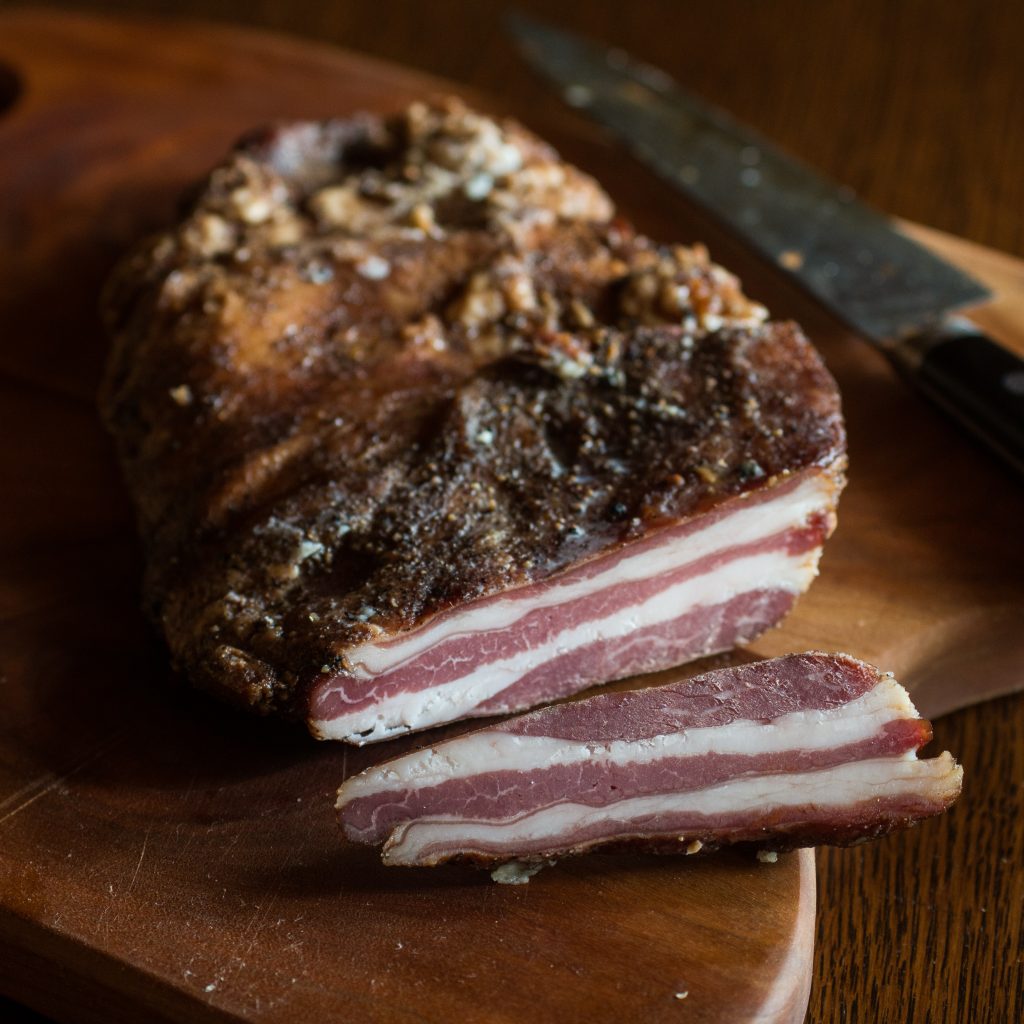 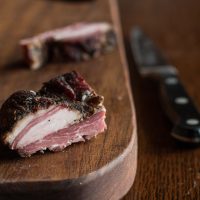 Breast (brisket) tongue, fat caps from the loin, and boneless ribs can be cured exactly like belly and trim meat.