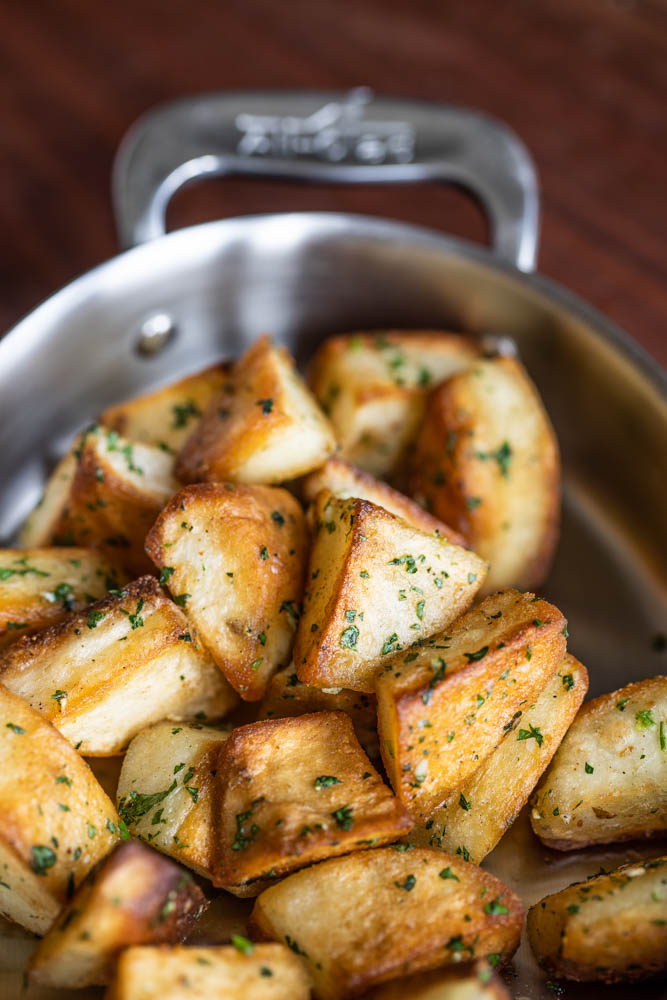 There’s just about nothing more satisfying that a bowl of crispy potatoes, and I should know, I’ve sold thousands of pounds of them in restaurants over the course of my career. One of the keys chefs have for making the most delicious crispy potatoes possible is animal fat, in this case rendered lamb or goat tallow.

Contrary to what modern media would have us believe, rendered, all-natural animal fats are good for us, and can make up an important part of a healthy diet. Fat from grass fed animals should be higher in healthy omega-3 fatty acids too, which make it even better.

Animal fat is also great to cook with since it can withstand high heat, for example, did you know that for many years, the famous McDonald’s French Fries were deep-fried in beef tallow? They were, and they were delicious, so delicious that I used to buy 80 lbs of beef fat every week to cook the French Fries I served at my first restaurant.

Chefs have also used duck and goose fat for a very long time. Lamb and goat tallow are more similar to beef as they have a higher melting point, but all that really means is you cut chunks off of the fat or have it melted and pour it into the pan, whereas poultry fat like duck or goose can be spooned out at room temperature.

Secrets for the crispiest potatoes

The lamb tallow is just a seasoning though, the real key to making the most delicious, golden-brown, crispy fried potatoes is in the technique of how you cook them. The biggest secret to know is that the potatoes are always pre-cooked (sometimes multiple times in nice restaurants) before they’re tossed into the pan with the fat.

There’s a few different ways you can pre-cook your potatoes, and I briefly go over two of them in the video for this recipe. The biggest thing to know here, is that water is the enemy of crisp foods, so, if you boil them it’s helpful to leave the skins on the potatoes and cook them whole to help them absorb as little liquid as possible. After par-cooking, the rest is pretty easy: just put the potatoes in a hot pan with the fat, season them up, toss them in the oven for a bit, and serve.

I also add some minced garlic and parsley or persillade (a traditional seasoning for mushrooms with garlic and parsley, too) which is delicious, but optional. I can guarantee you, follow my directions here, and you’ll learn how to cook some of the best potatoes you’ve ever had!

Render your own tallow or purchase?

If you want to buy pre-rendered lamb tallow ready to cook, we occasionally carry it. If we’re out, you will want to buy some fresh-frozen lamb fat and render your own, which is a great skill to have! Both regular fat and caul fat will work well. 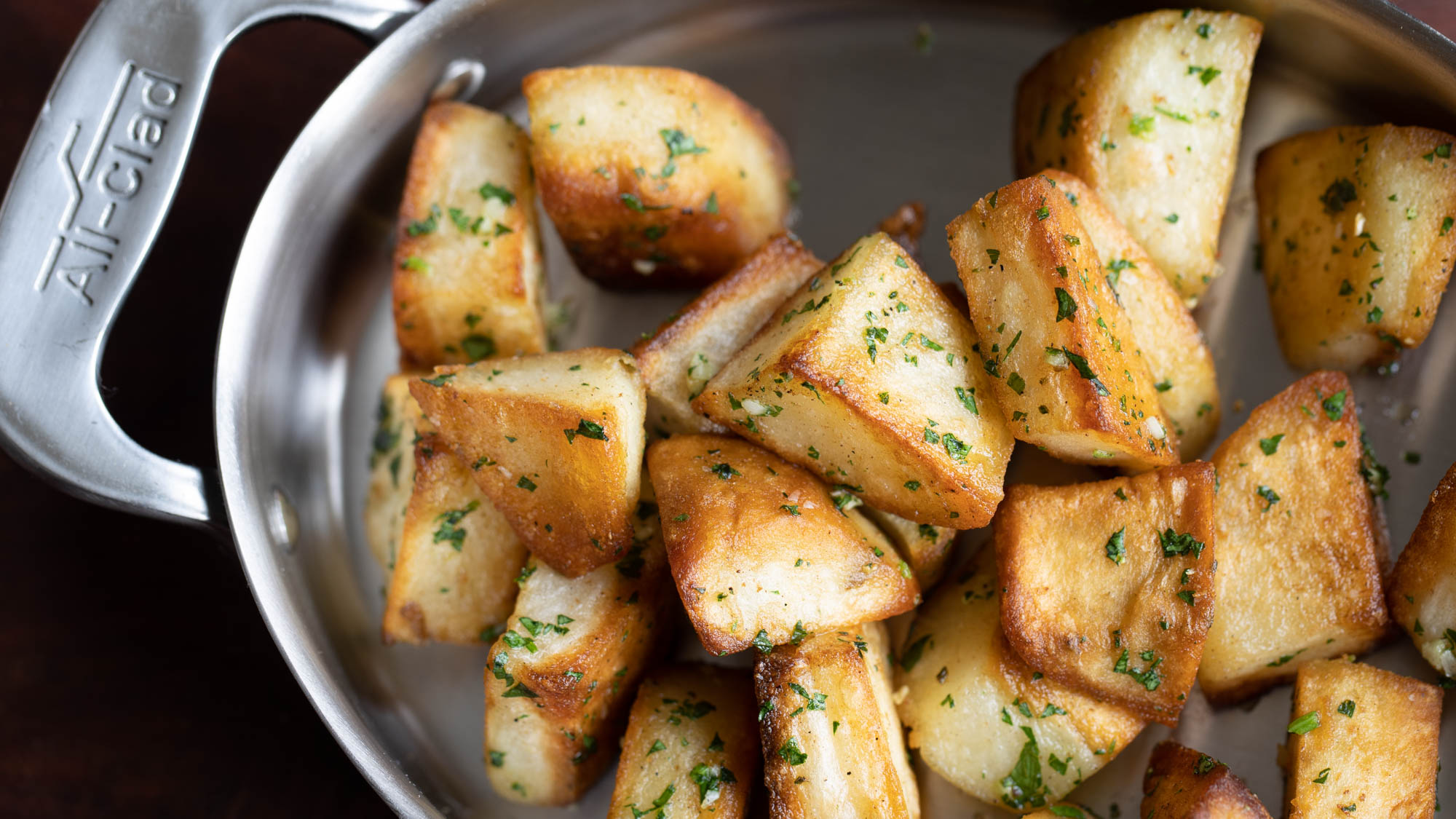 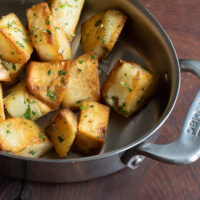 Crispy potatoes cooked in rendered lamb tallow with garlic and parsley will be a hit at your dinner table. Feel free to scale the recipe as needed depending on the size of your pan.
Prep Time30 mins
Cook Time30 mins
Course: Appetizer, Side Dish
Cuisine: American
Keyword: Lamb Fat, Lamb Tallow, Potatoes
Servings: 4

Option #1 Cooking in a pan

Option #2 Roasting in the oven