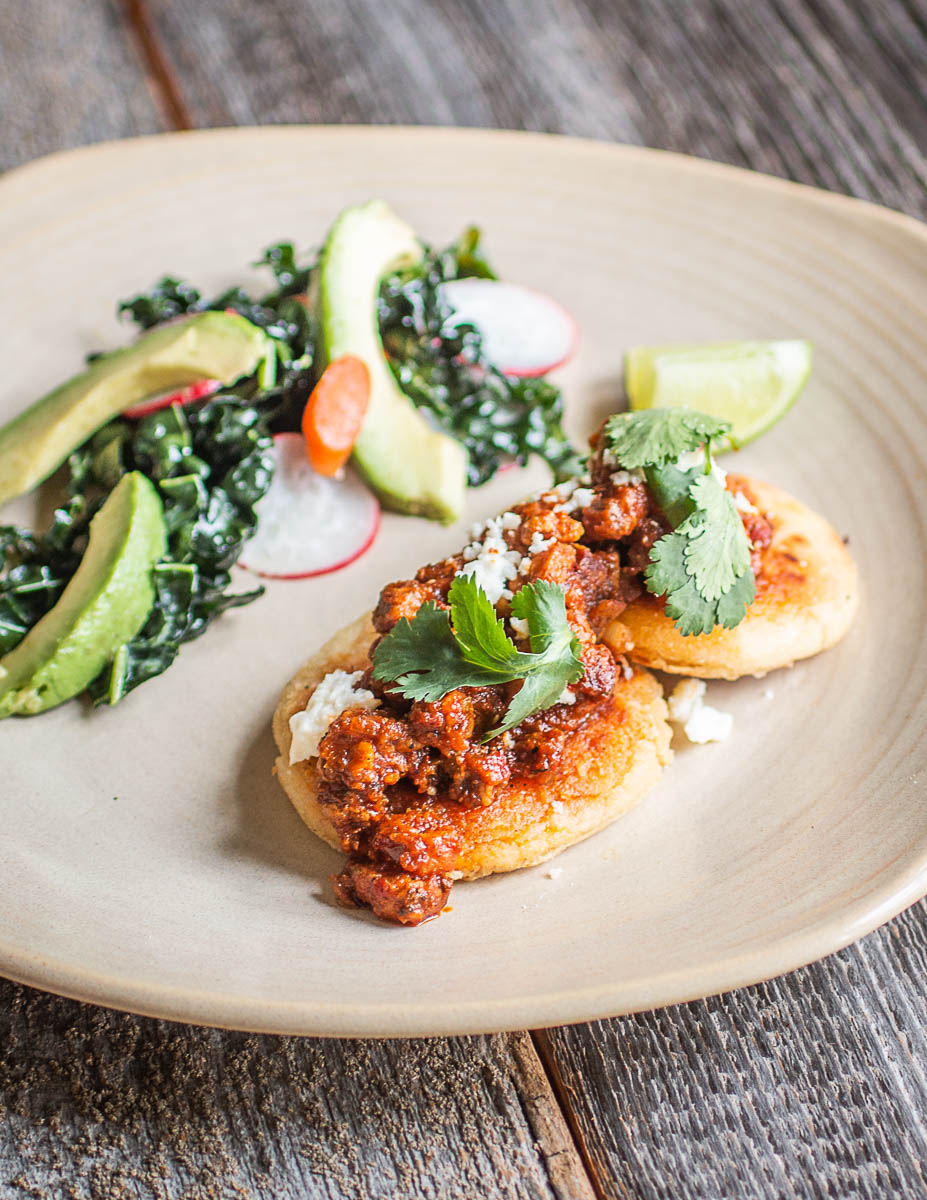 Lamb crackling tacos, or chicharrones de borrego, are a magical little recipe I developed after working with the fat caps that are taken off of racks of lamb and goat when my friends at Shepherd Song have extras of them. I’ve worked in kitchens where this cut of meat is seen as an unusable piece of trim—something to throw away as it’s too fatty to leave on the rack for some guests (they can make a grill ignite) and too fatty for the stock pot. But, if you’re still reading, you’re probably getting the picture that seeing this cut as something to toss out for the birds is a crime, and you’re right.

Fat caps from lamb and goat racks aren’t too fatty to use at all—just the opposite. Fat caps have a unique composition that is mostly fat, but there’s some meat in there too. So, if you’re a chef who has some, or a home cook who would like to order some (Shepherd Song occasionally has them in stock, but you’ll need to ask) you can use them to make one of the most delicious dishes  of lamb or goat I’ve eaten in a really long time. It’s genius, really, and we have Latin American cuisine to thank. (Quick side note for the industrious cook, you can also use this cut, as well as boneless ribs, to make pancetta, and bacon).

In Latin America, chiccharones, the cracklings left over from rendering lard, have lots of uses. This specific dish was inspired by chiccharon prensado, a sort of pressed brick of pork cracklings. Our lamb cracklings aren’t exactly the same, but they’re close enough, and a better place to start out if you’re new to cooking with cracklings as there’s no chance of flubbery pieces, which can turn some people off, especially in America.

What you do, is take the fat caps from lamb or goat racks (belly or trim from the ribs can work too) cut it into little cubes, and render it slowly until all the cubes are browned and delicious, and the fat has rendered out. The bonus here is that you’ll have leftover fat to cook with (try using it to make delicious roasted potatoes) as well as a rich serving of meat you can use for tacos or simply with masa cakes, as I’ve demonstrated.

The end product is so delicious. The crispy chunks of lamb crackling soften a bit,  but it’s not like eating chunks of fat, they stay firm, with a good bite to them. Bathed in gently spicy guajillo chili sauce, they’re one of the best taco filings I’ve eaten in a very long time. Serve them in warmed corn tortillas, or spooned over masa cakes with a salad made with avocado and greens dressed with lime juice, or a cabbage slaw flecked with carrots and diced tomatoes like curtido.

This recipe is by Chef Alan Bergo. A chef from Minnesota, Alan is a culinary industry veteran, former executive chef of acclaimed Lucia’s Restaurant, and the Salt Cellar. One of the most respected voices in the world of foraging and wild food, he’s best known as the founder of Forager Chef, his website focused on wild ingredients that reaches millions of readers each year. Learn more about Chef Alan and his hunt for mushrooms, wild and obscure foods at Forager Chef®.

Looking for lamb or goat kidneys online? Shepherd Song Farm: Grass to table. We raise lambs & goats traditionally, humanely and sustainably. 100% Grass Fed, Pasture Raised, Never Confined, no Hormones, Grains or Animal Byproducts. Born, raised and processed in the U.S.A. Good for you and good for the environment. 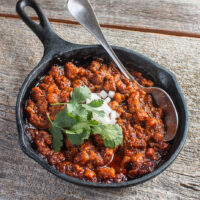