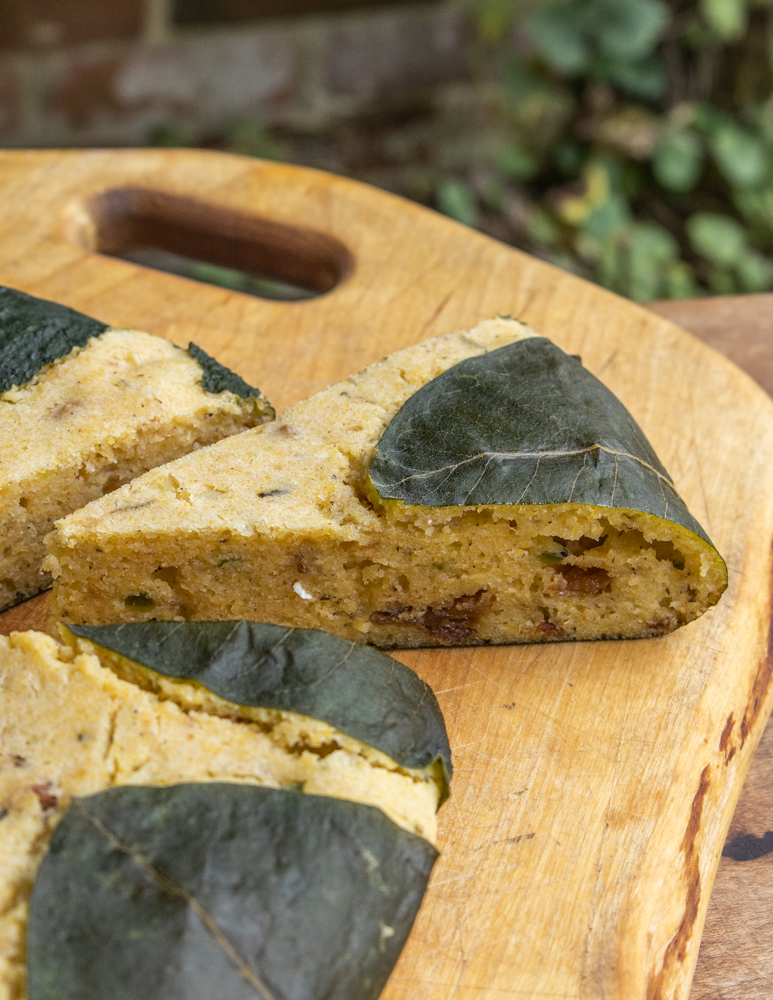 Tender cornbread studded with rich, savory lamb or goat cracklings is a favorite recipe of mine that I adapted from one of my favorite childhood books: The Little House on the Prairie by Laura Ingalls Wilder.

In the companion cookbook to the book series, crackling cornbread is one of the recipes I had to make first, but, instead of pork cracklings, I used lamb, leftover from rendering jars of tallow from Shepherd Song. (We sell it, and you can buy it here). 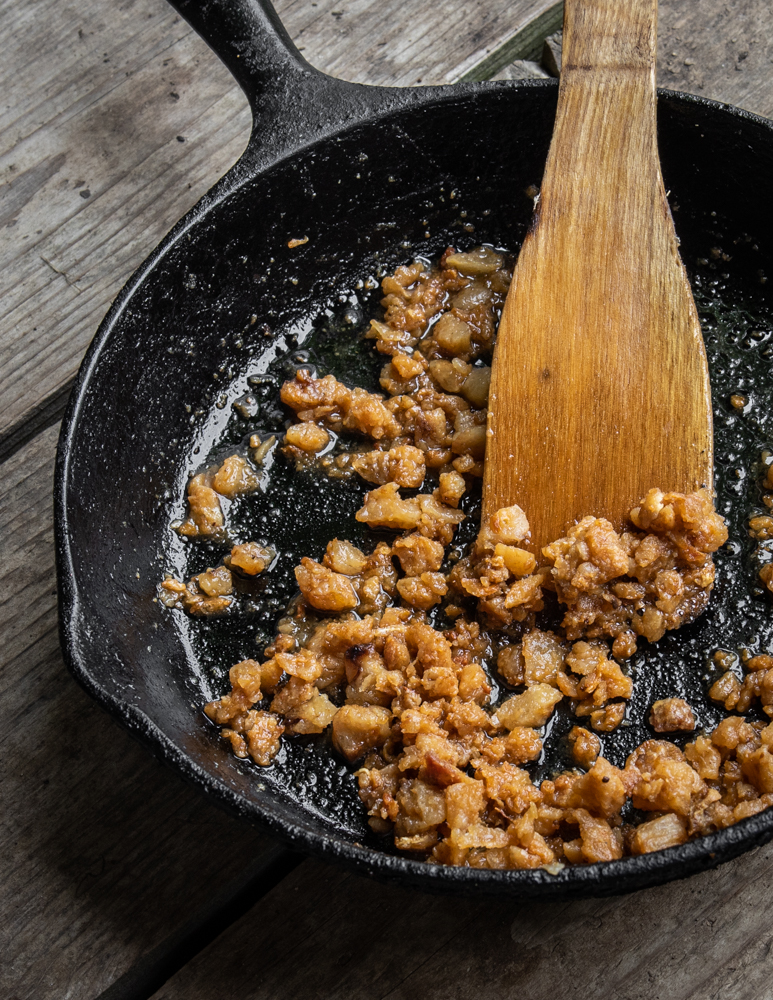 If you’re not familiar, cracklings, contrary to what most people assume, aren’t pork rinds, which are fried pieces of skin (and delicious in their own right) rather, cracklings are the crisp pieces of fat and meat leftover from rendering tallow. Cracklings are very rich, so you won’t be eating a bowl of them-they’re best used as an accent to something. Folding them into cornbread is a delicious, and also traditional use for them that anyone skeptical of eating crisp pieces of fat will try, as well as tell you how good it was afterward. 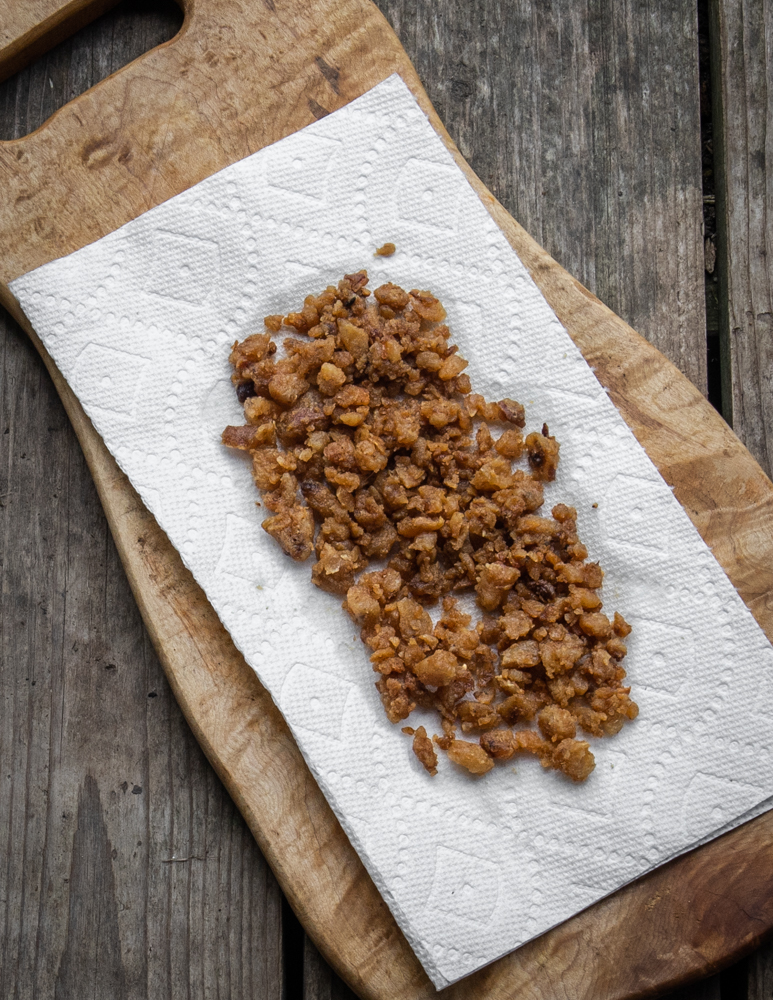 To make the cracklings, you’re going to need some fat, and the type of fat, it’s location on the animal, as well as the proportion of meat to fat, will all make a slightly different crackling suited for different purposes. fat from the kidneys and other internal fat is good, rendered breast and rib fat will have more meat in it, helping it to stay extra crisp. For adding to cornbread, the type of fat here doesn’t really matter though, so feel free to use whatever type of lamb or goat fat you can get your hands on. Kidney suet, caul fat, rib meat and other trim will all work just fine here.

For an extra flourish, I wrap the cornbread here in wild leaves I harvest. If you have some chard, kale, or grape leaves, you can use some of those, but it is completely fine all by itself cooked in a cast iron pan if you don’t want to use the leaves, or don’t have access to any. Think of it as an option for when you’d like to be creative.

If you’ve never rendered your own tallow before, you can refer to my post on rendering lamb or goat tallow at home here. You’ll need a slow cooker for the best result. 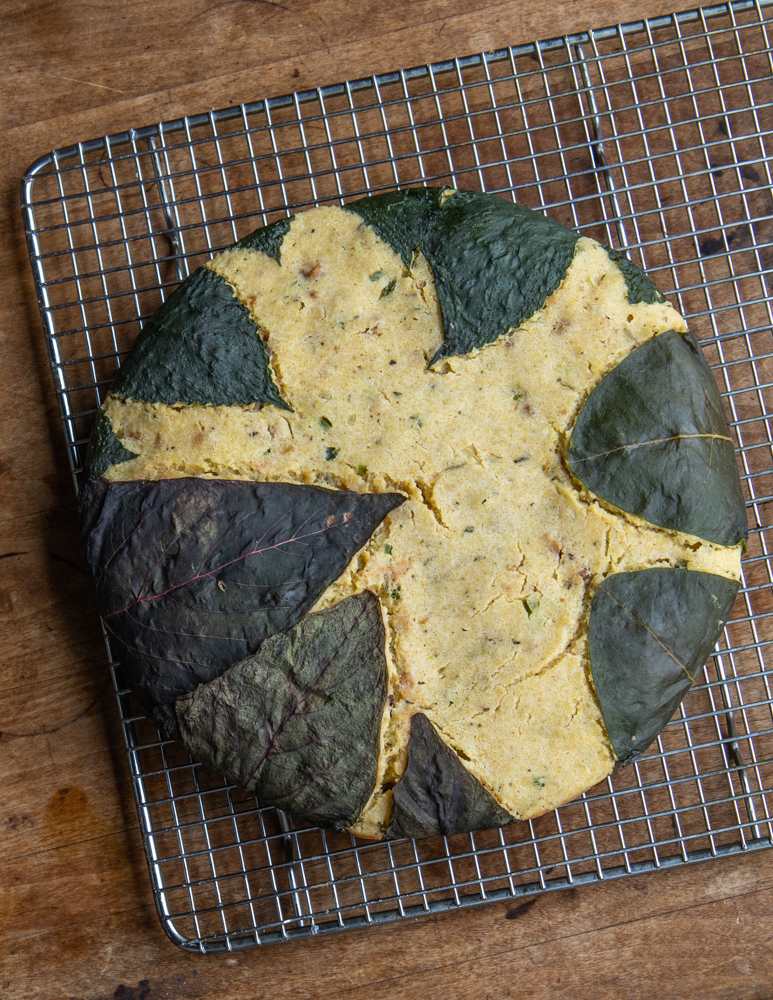 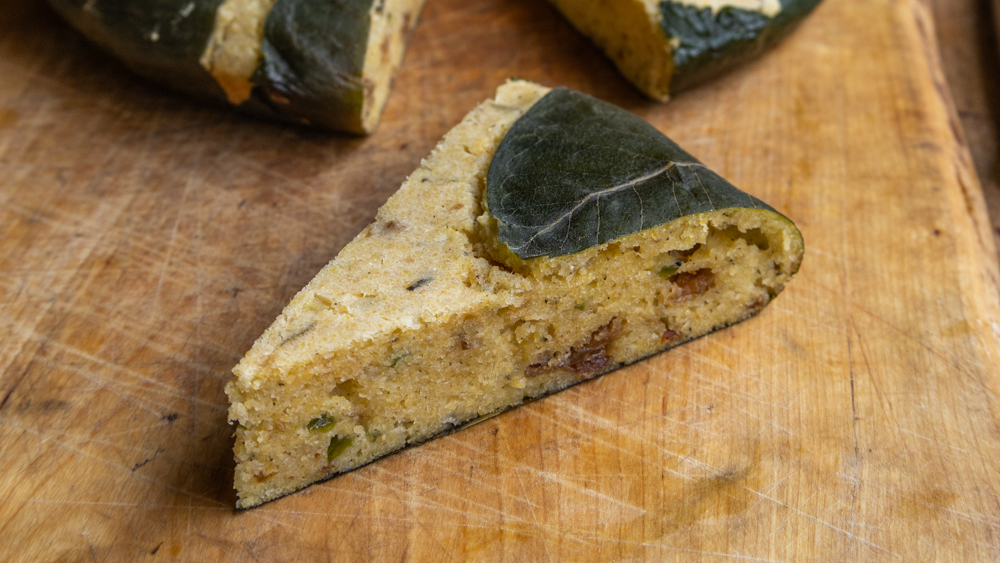 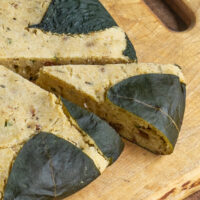