Quiche is a crowd-pleasing dish for a weekend brunch, or special gathering where a few extra people might be at the table. It takes a little effort beforehand, but pays dividends for the cook since it can be baked ahead, reheated gently before serving, or even set out for a buffet at room temperature. And, who doesn’t love a homemade, flaky pastry filled with soft, tender custard?

Quiche variations are limited only by your imagination, but one stands above the rest: Quiche Lorraine, the classic filled with a tender custard, smoked bacon, and rich alpine cheese. Chef Bergo, whose family is French-Canadian, makes his quiche in a shallow tart pan, the same way his family made it, and how he remembers eating it in France, with one difference: he substitutes our delicious lamb (or goat) bacon for pork.

Besides being irresistably delicious, this recipe is a great example of how to use our grass-fed lamb or goat bacon in it’s slab/chunk form. Where typical bacon is usually sold in thin slices, having a block of un-cut bacon gives more freedom for the cook, and means the bacon can be cut into rich, meaty chunks, instead of small crumbles. If you prefer, we also offer sliced bacon, but Chef Bergo prefers the uncut form. For a great, lamb or goat-centric variation, if you can find goat or sheeps milk at your local coop or grocery store, it makes a great addition for all or part of the cream. 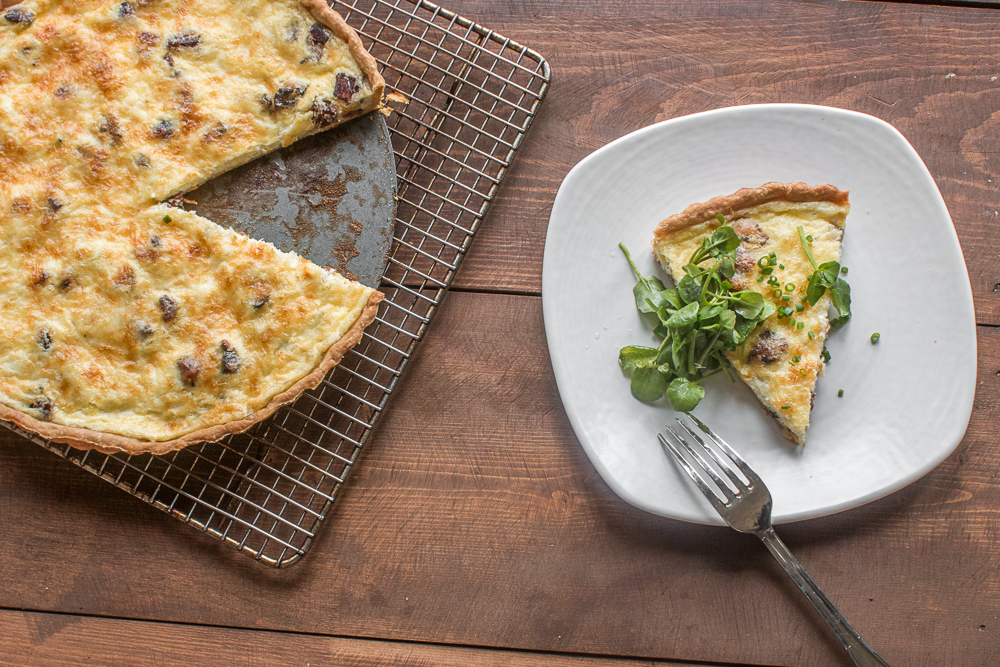 Serves 6 as a brunch entrée 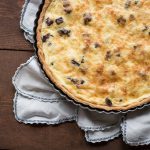 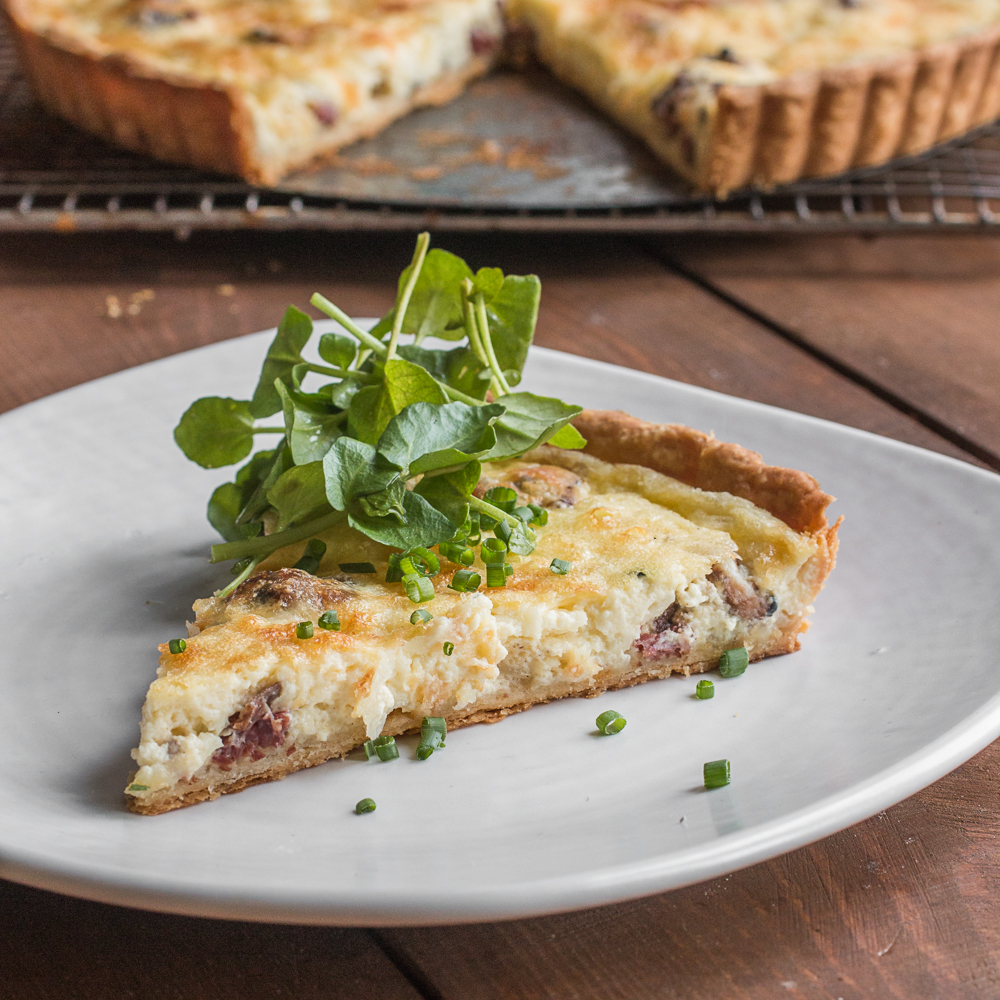