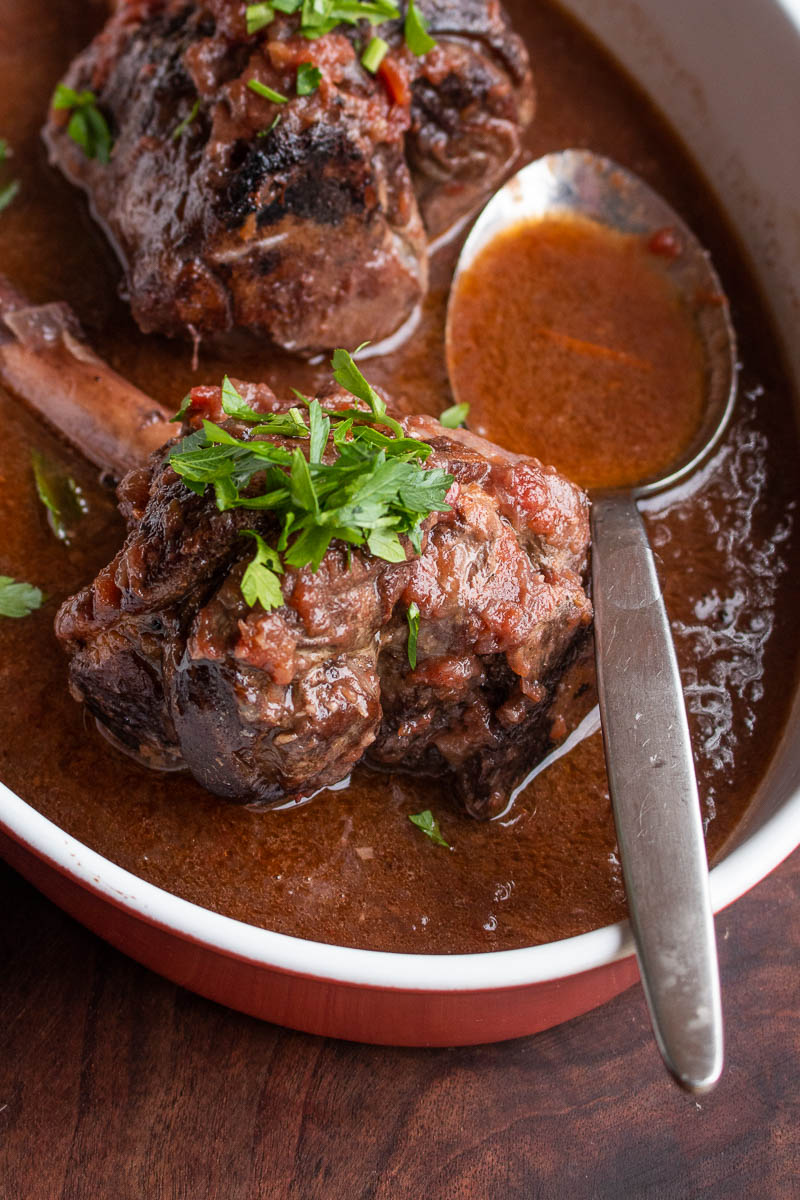 A whole braised lamb shank is one of the most satisfying things I know of to eat, and Greek braised lamb or goat shanks are a great recipe to keep around if you want a new recipe to try.

This recipe comes from the greek side of my girlfriend’s family and has been passed down through the family over the years. It was originally found in an old Greek Orthodox church cookbook. Whenever we harvest lamb on the farm, it’s a tradition to save all the shanks to give to my girlfriend’s sister just so she can make her greek lamb shanks. It’s a meal that the whole family looks forward to every year.

It’s a really simple recipe: all you need is a large braising or baking dish, a good can of tomatoes, a stick or two of cinnamon, and, like most shank recipes, a good amount of time set aside to slowly cook the shanks into a tender, delicious meal. The recipe makes a generous amount of rich, tomato gravy, and reheats very well.

This recipe is by chef Alan Bergo. A chef from Minnesota, Alan is a culinary industry veteran, former executive chef of acclaimed Lucia’s Restaurant, and the Salt Cellar. Founder of the website Forager Chef, he’s best known as a respected authority on Midwestern foraging. Learn more about chef Alan and his hunt for mushrooms, wild and obscure foods at Forager Chef®. 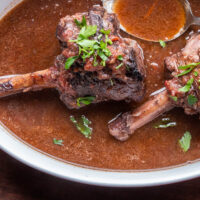