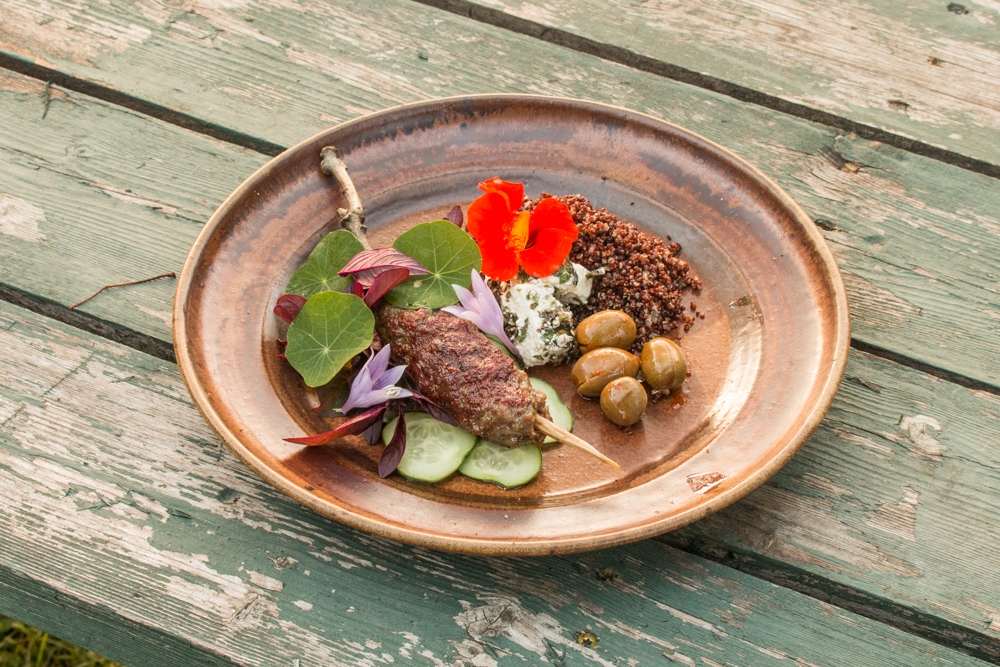 A hot, sizzling goat kebab straight off the grill is meal the whole family will enjoy, and a good way to introduce people to how delicious goat can be if they haven’t eaten it before. We have another recipe for lamb kebabs here where Chef Spangler walks you through grinding your own meat with special ingredients for a fun weekend project, but, if you’re in a pinch, this kebab (also known as koobideh) can be thrown together in just a few minutes using a stand mixer, or just your hands if need be.

Chef Bergo’s version of goat kebabs are rustic, and traditional–inspired by the great kebabs that can be found served around the Twin Cities metro area in restaurants founded by Middle Eastern natives. Traditional, to him, meant a few different things: less spices as opposed to more, the inclusion of sumac and tumeric, and baking soda.

It might sound odd to put a leavening agent in a sausage, but it’s actually very common, and serves the dual purpose of tenderizing the meat a bit, and giving it a bit of lift. Besides Middle-Eastern cuisine, baking soda is also used in Asian and Chinese cuisine for the same benefits–often with sliced meat that will be stir-fried.

The recipe is just for simple hand-formed goat kebabs. The garnishes are up to you. Chef Bergo favors a rustic presentation, and likes carving skewers from oak trees, although any skewer will do.

The garnishes pictured are marinated feta with fresh mint and olive oil, a light salad of nasturtiums and hosta flowers, fresh sliced cucumbers, and cracked marinated olives. Chef suggests serving them with whatever you have available that sounds good to you. 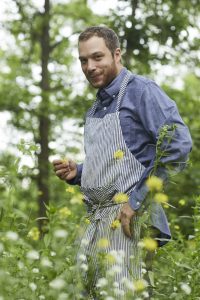 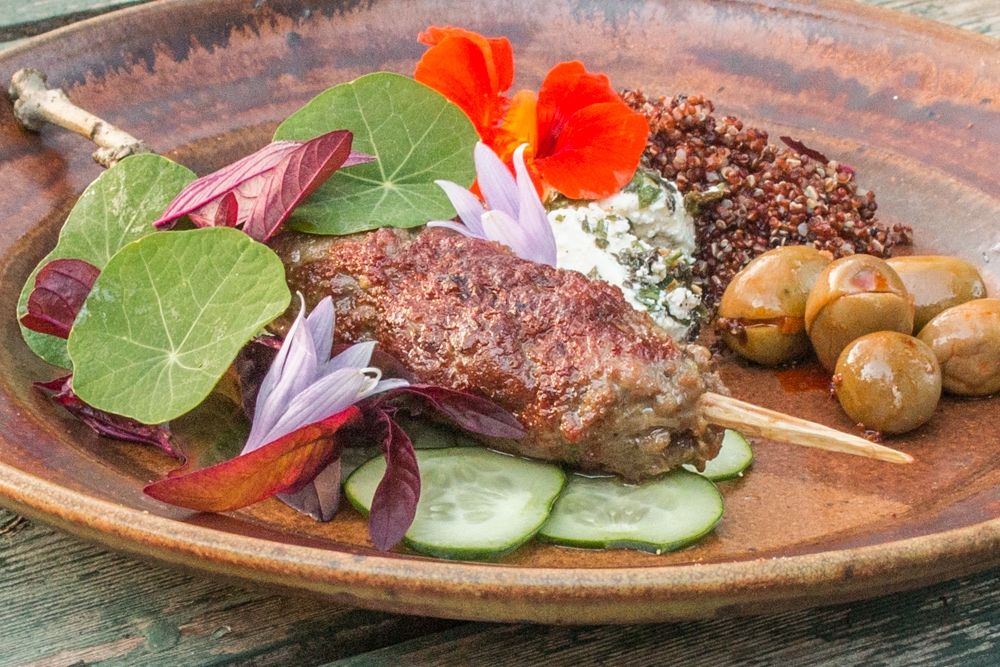 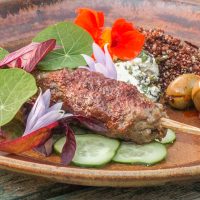 The meat will hold together much better if allowed to rest ovenight.